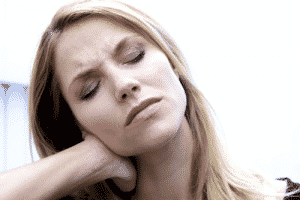 Although back and neck injuries can cause severe and chronic pain, these injuries may oftentimes be hard to prove. Unlike other more easily identifiable injuries, it can be difficult to prove how often you are in pain as a result of the injury, how much pain you are in, and the amount to which the back and neck pain limits your ability to perform certain tasks. Therefore, back and neck injury settlements amounts can vary greatly.

Back and Neck Injury Settlements

If you or someone you know has suffered a back or neck injury as the result of someone else’s negligence, it is important to remember that there are deadlines for filing your claim under the statute of limitations. In the state of New York, a personal injury claim must be filed within three years of the date of the occurrence. Furthermore, it is important to make a note of the statute of repose in your area, which nullifies the tortfeasor’s responsibility after a certain amount of time has passed, as it may differ from the statute of limitations.

Neck and back settlements vary greatly depending on whether the injury is considered a ‘soft tissue injury’ or a ‘hard injury.’ Soft tissue injuries such as sprains and strains are often harder to prove, result mostly in pain and suffering, and are generally not considered to be permanent injuries by insurance companies. Therefore, the settlements based on these claims, may not have a high dollar value placed on them. In this instance, it may be important to retain the services of a personal injury attorney. An experienced personal injury attorney can work with medical doctors, records, and other evidence of the accident to recover the settlement you deserve on your behalf.

Unlike sprains and strains, severe neck and back injuries such as herniated discs and spinal cord damage, fall into the category of hard injuries. These injuries can be seen on X-ray, are easily documented by medical records, often require surgeries, and in some instance greatly alter the victim’s lifestyle. Settlements for severe and permanent back and neck injuries for which the injury party requires surgeries tend to range in the millions and include lost wages, and loss of future earning potential, as well as medical expenses, and pain and suffering. One example is that of a NYPD employee who was injured in a car accident which resulted in herniated cervical discs who received $2,840,000 in her personal injury claim against the defendant who rear-ended her.

In instances where back and neck injuries are extremely severe and easily provable, as in stances where paralysis resulted, the settlement amount is generally very high. These back and neck injury settlements generally range in the eight figure millions. These settlements tend to include compensatory and general damages for lost wages, past and future medical expenses, pain and suffering, the cost of lifetime care, and compensation for lost enjoyment of life. Furthermore, in cases where paralysis results, hedonic damages may be awarded to additionally compensate the victim for the physical and emotional distress as well as loss of enjoyment of life that the injury caused. One example is the case of a 17 year-old high school student who was traveling in a cargo van with no seat belts when the van was involved in an accident in which his spinal cord was injured and he was rendered paraplegic; the victim was awarded $11,259,935 in damages which included past and future pain and suffering, past and future lost wages, and past and future medical care expenses.

If you or someone you know suffered a back or neck injury through someone else’s negligence, you may be entitled to file a claim against the negligent party to recover damages in the form of a personal injury settlement. Many time when filing a back or neck injury claim you will be dealing with the other party’s insurance company who will try to keep the damage payout as low as possible. Therefore, it is wise to retain the counsel of a qualified and skilled personal injury attorney to get you the settlement that you deserve to compensate you for your injuries.