On Friday April 17th, five Bronx children were hospitalized after taking Excedrin under the impression it was candy. The second grader who passed out the pills also took one, believing it was candy.  When the children were back in class, the effects ranged from stomach aches to passing out.  It all started very innocently, giving out and accepting candy from friends. Yet this case of accidental poisoning could have been prevented if proper safeguards had been in place. 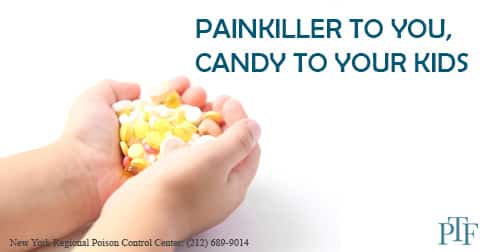 Children Can Die From Being Poisoned

According to the CDC, over 300 children between the ages of 0-19 are hospitalized every day due to poisoning.  At least 2 children die every day from poisoning, nationwide.  This is a devastating statistic, and might leads parents to feel very insecure about the issue.

Meanwhile, the website Poisoning.org revealed in 2013 that nearly 1,500 children were exposed to poisoning from pain medications.  That’s at least 4 children a day who are accidentally poisoned from pharmaceuticals like Excedrin.

An important thing to do with your own child to try and prevent this from happening them is to talk to them.  Be clear about the difference between candy and medicine, and teach them not to accept food from others.  In your own home, make sure to lock up and hide all medications, even over the counter drugs (like Excedrin.)  The CDC also recommends that parents keep the number for the nationwide poison control center phone number, 1-800-222-1222 into their mobile phones in the event of an emergency.  If the child is conscious and alert, call poison control, if the child is unconscious and unresponsive, take them to the emergency room at the nearest hospital.