What Were the Most Frequently Misdiagnosed Diseases?

The study found that the most frequently misdiagnosed illnesses were cancer — particularly lung cancer, melanoma, colon, and breast cancer. Heart attacks in adults were also frequently misdiagnosed as well as meningitis in children. Unfortunately, the most common outcome for those who received a misdiagnosis was death. In most cases, by the time the doctors realized their mistake, the patients’ cancer had progressed to the stage in which it was incurable. Medical errors were the second most common cause of medical malpractice lawsuits.

Keep in mind that malpractice lawsuits are separate from lawsuits involving actual medical errors. Most patients who experience further injuries as a result of medical malpractice are preventable. If doctors would use reasonable care and put systems into place to prevent errors from happening, many patients would not suffer additional injuries. There is a fine balance between overtreating symptoms and ordering too many unnecessary tests and failure to run a test that is needed and indicated based on the client’s symptoms.

The Dangers of Misdiagnosing Cancer

Misdiagnosis of cancer is incredibly dangerous. The sooner a doctor treats cancer, the higher the likelihood of survival for many cancer patients. Being treated for the wrong medical treatment can have a seriously negative affect. For example, if a patient comes in with a terrible cough that has not gone away, and the patient is a lifetime smoker, a reasonable doctor would usually order a chest x-ray to see if there are any masses in the patient’s lungs that could indicate lung cancer. If the patient did have lung cancer, and the doctor misdiagnosed him, his lung cancer could advance from stage one, which is treatable, to stage four, which is almost always fatal. 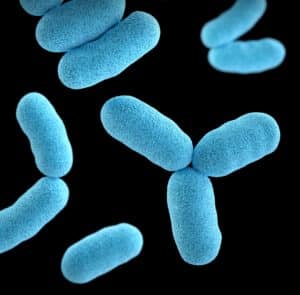 Photo by CDC on Unsplash