A mother was walking on the sidewalk with her two twin daughters in a stroller on Tuesday when a car careened into them. The car that hit them was hit in a rear-end accident. The terrible accident started when a dog ran out in front of one car, causing a truck to hit the car from behind. The force of the car hitting the stroller was deadly. Tragically, one of the 11-month-old-twin daughters was killed. The twin and the mother were taken to a hospital immediately. One of the twin daughters remains in critical condition.

Pedestrian Dies While Crossing a Florida Road in August

According to the Florida Highway Patrol, a female pedestrian died while crossing a street shortly before 9 p.m. A 27-year-old driver struck her, resulting in her death. The driver of the SUV was not injured, but the pedestrian died from her injuries while on the scene. Investigators do not know the exact cause of the pedestrian accident, but we do know that many motor vehicle accidents happen due to negligence, distracted driving, and intoxicated driving.

Accident in Heavy Rainfall Leads to Death of a Pedestrian

DPS opened up a preliminary investigation into the accident, which revealed that the driver of the truck was driving east on the service road when it hit the pedestrian, who was walking near the center of the road. According to officers who investigated the scene, there was heavy rainfall at the time the accident occurred.

Driver Arrested After Killing a Teen Girl in Las Vegas

The Las Vegas Metropolitan Police have reported a serious and deadly pedestrian accident that took place near East Katie Avenue and Maryland Parkway in Las Vegas. Two teenagers were crossing the street near the popular Boulevard Mall on Monday night. The car struck the two teenagers around 7 p.m. on August 3. Law enforcement agents pronounced one of the girls dead at the scene. Emergency service workers took the other girl to Sunrise Hospital, where she died from her injuries.

The exact circumstances of this pedestrian accident are still under investigation. One witness reported that he heard two loud bangs, and then ran over to see trees laying all over the scene of the accident. People started running toward the accident. Law enforcement agencies expect that the crash was preventable and that it was caused by an impaired driver who plowed into the pedestrians while they were walking peacefully in a crosswalk.

The woman driving the hospital was 38 years old. Emergency responders took her to the hospital with serious injuries. Law enforcement have since charged the suspect with the crime of DUI resulting in death. Friends and family of the two teenagers are mourning their deaths, especially as they had their whole lives ahead of them.

A Maryland pedestrian died early after being hit by a motor vehicle in Pocomoke City. The local fire company reports that a pedestrian died early last week after lying in the middle of the roadway. First responders pronounced the victim dead at the scene. The area was shut down for a period of time so that investigators could reconstruct the scene of the accident. Both the Pocomoke City Police Department and the Worcester County Sheriff’s Office are investigating the accident. Law enforcement has not provided details regarding the cause of the accident, but they have identified the pedestrian as a 64-year-old Withams, Virginia, man.

Man Charged in a Pedestrian Accident in Georgia

An Atlanta man is facing multiple criminal charges after the police department accused him of hitting and killing a pedestrian on the I-285 freeway while driving drunk early last Sunday morning. Law enforcement officers have charged a 32-year-old man with vehicular homicide and for driving under the influence of drugs and alcohol. They have also charged with failure to maintain his lane in connection with the motor vehicle accident.

When officers arrived at the scene, they discovered the pedestrian victim dead on the interstate. Law enforcement have not released the identity of the victim. They found a pickup truck half a mile away with heavy damage. Witnesses at the scene stated that the truck had been involved in the fatal pedestrian accident. They later surmised that the truck driver was driving while under the influence of alcohol at the time of the accident. They took the suspect to the Fulton County Jail. 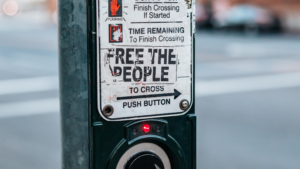 Photo by Tyler Nix on Unsplash