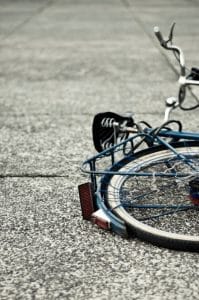 A New York City MTA bus was involved in an accident on Friday July, 18th 2014 with several cars and a bicyclist in Cobble Hill, Brooklyn. The accident took place around 5pm on Columbia Street, which is a crowded section of the Brooklyn borough.

The New York City MTA bus driver says that he swerved to avoid hitting the cyclists but unfortunately the accident was inevitable. The bus hit the bicyclist and then proceeded to his several parked cars. The amount of damage to the cars is unknown.

Fortunately there aren’t any serious injuries reported. The bus driver was taken away in an ambulance but the biker apparently walked away with no visible issues. Witnesses said the cyclist was to blame for the Brooklyn bicycle accident. One witness said, “The bus driver tried to swerve out of the way, not to hit the person on the bike, and to avoid that he crashed into parked cars, and the cars were pretty damaged.”