New Jersey state police are saying that the accident took place around 3:15 p.m.  Nuri Kaloshi was riding a motorcycle West on Franklin avenue and was crossing Route 17.

For reasons that remain under investigation a garbage truck operated by a 50-year-old man from New York hit the motorcycle rider. Nuri Kaloshi was knocked to the round and the Kawasaki ZX-14 motorcycle he was riding was broken into pieces.

Paramedics were called to the scene of the collision in order to help the victim. The motorcycle rider was treated for his injuries but later died as a result of the accident.

The driver of the garbage truck remained a the scene and has not faced any criminal charges from the accident. However, the driver will appear before the Hasbrouck Heights Municipal Court on a careless driving summons.

An investigation into the Hasbrouck Heights motorcycle accident that killed Nuri Kaloshi remains ongoing at this time.

Motorcyclists are a particularly high risk of being injured or killed in motor vehicle accidents. They have less protection than passengers in cars and have a smaller profile which makes them easier to overlook. According to the Insurance Information Institute, “In 2017, 5,172 motorcyclists died in motorcycle crashes, down 3 percent from 5,337 in 2017, according to the National Highway Traffic Safety Administration (NHTSA). In 2017, motorcyclists were 27 times more likely than passenger car occupants to die in a crash per vehicle mile traveled.” There are a number of factors that contribute to motorcycle accidents:

Fatigue, in particular, is a major issue for truck drivers and garbage truck drivers. It has been estimated that being awake for only 18 hours reduces driving ability equivalent to driving with a BAC of 0.05%. This is a much bigger issue with privately owned garbage trucks. According to one report by ProPublica, “In New York City overall, private sanitation trucks killed seven people in 2017. By contrast, city municipal sanitation trucks haven’t caused a fatality since 2014. […] Working 10- to 14-hour days, six days per week, means that no one is ever anything close to rested.” Garbage trucks also tend to have very large blind spots. 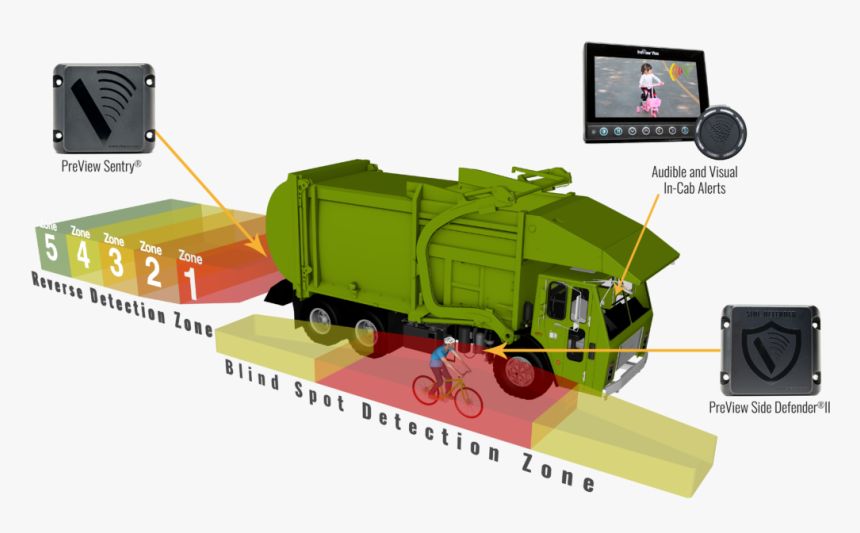 Truck drivers have a legal responsibility to exercise due care to avoid hitting motorcyclists and pedestrians. According to New Jersey Vehicle Code 39:4-36, “The driver of a vehicle shall yield the right-of-way to a pedestrian crossing the roadway within any unmarked crosswalk at an intersection, except at crosswalks when the movement of traffic is being regulated by police officers or traffic control signals, or where otherwise regulated by municipal, county, or State regulation, and except where a pedestrian tunnel or overhead pedestrian crossing has been provided.”

When a garbage truck driver is negligent and hits another driver the company that they work for could be held at fault. Under the legal doctrine of respondeat superior companies are generally liable for the negligent actions of their employees – insofar as those employees are working within the course and scope of their job duties. It’s important that evidence is properly preserved and collected after an accident.

We at Pulvers, Pulvers & Thompson extend our deepest condolences to the family of Nuri Kaloshi. Any person that may have seen what happened should reach out to the Hasbrouck Heights police department as they continue their investigation. It is our sincere hope that measures are put in place to help prevent additional accidents at this intersection. No family should ever have to go through something like this.