Doctors, nurses and other healthcare professionals are expected to perform up to the accepted standards of the medical profession in all ways. In some cases, the standard of care is not met resulting in injury, illness or a worsening of the patients current condition, referred to as medical malpractice or medical negligence. If you or someone you love has been the victim of Staten Island medical malpractice, there are some things to keep in mind if you decide to pursue legal action against the hospital, facility, doctor or other caregiver.

In the state of New York, there are clear-cut time limits for filing a medical malpractice lawsuit as with other types of lawsuits. According to the NYS Statutes of Limitation, suits must be filed “within 2 1/2 years of the date that the malpractice or from end of continuous treatment rendered by the party or entity you intend to sue for a particular condition, illness or injury”. 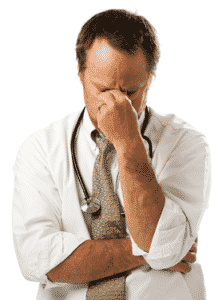 Staten Island medical malpractice cases require the victim to prove first that they were under the care of a physician and that that physician has failed to act as a doctor in that specialty should act; and you were injured, became ill, or a condition or your initial injury was worsened. Proof comes in the form of medical records, other documentation and oftentimes, expert witnesses.

One example of a medical malpractice suit that was proven by the victim is that of John Antonucci, a 52 year old man from Valley Cottage. Antonucci claimed that the head of orthopedic surgery at Nyack Hospital, Dr. Jason Fond, sent him home with a serious, untreated infection. In his suit, he says that he had been given an injection during an MRI which caused the infection and irreparable damage that ultimately resulted in his having to have a hip replacement. A Rockland County jury agreed with him and awarded him $2.3 million in damages.

If you believe that you are the victim of medical malpractice due to improper treatment, injury during birth, prescription errors, misdiagnosis or a failure to diagnose, failure to monitor, surgical errors, or if your physician has failed to inform you of the risks of a procedure, you should first seek further medical attention and be sure to thoroughly document every aspect of your claim.

In most Staten Island medical malpractice cases, expert witnesses, such as another doctor or healthcare provider will be called upon to prove your arguments. However, in certain cases, “res ipsa loquitur” or “the thing speaks for itself” comes in to play and expert witnesses are not necessary. Some examples of this are if you are supposed to undergo surgery to remove your gallbladder, but the doctor removes your kidney instead or if the surgeon leaves a sponge, clamp or other foreign body inside you during surgery. These types of medical malpractice incidents are generally considered negligence on the part of the doctor.

If you believe that you have been the victim of Staten Island medical malpractice, contact Pulvers, Pulvers, Thompson & Friedman for a free med mal consultation. Our experienced, professional staff will examine your case and determine the best course of action.